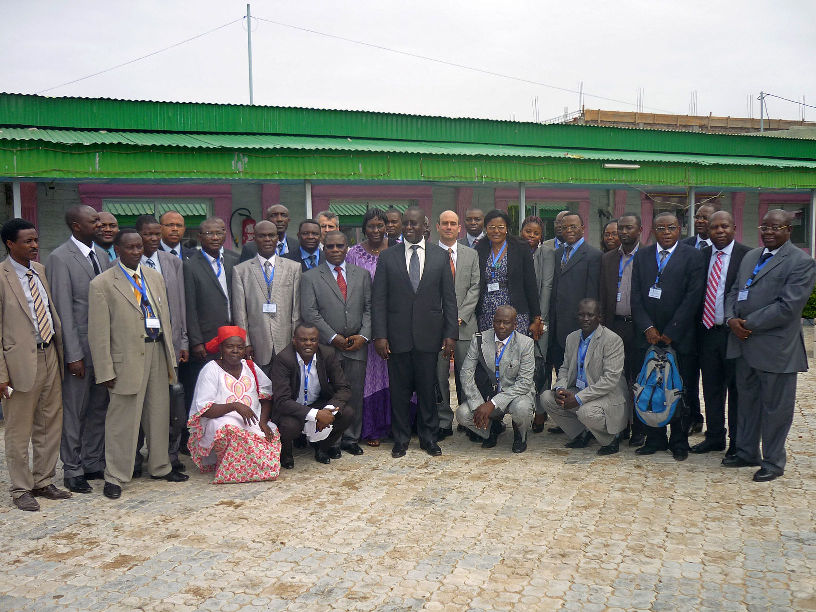 N'Djamena (Chad), Monday, 1 July 2013, A solemn award ceremony (handover ceremony) was held to hand the CBFP Facilitation "Trophy" to the United States of America. The ceremony was chaired by His Excellency Amir Adoudou Artine, the Minister of Pastoral Development and Animal Products of Chad, the Representative of His Excellency Halikimi Mahamat Issa, the Minister of Environment and Water Resources of Chad and current Chairman of COMIFAC. 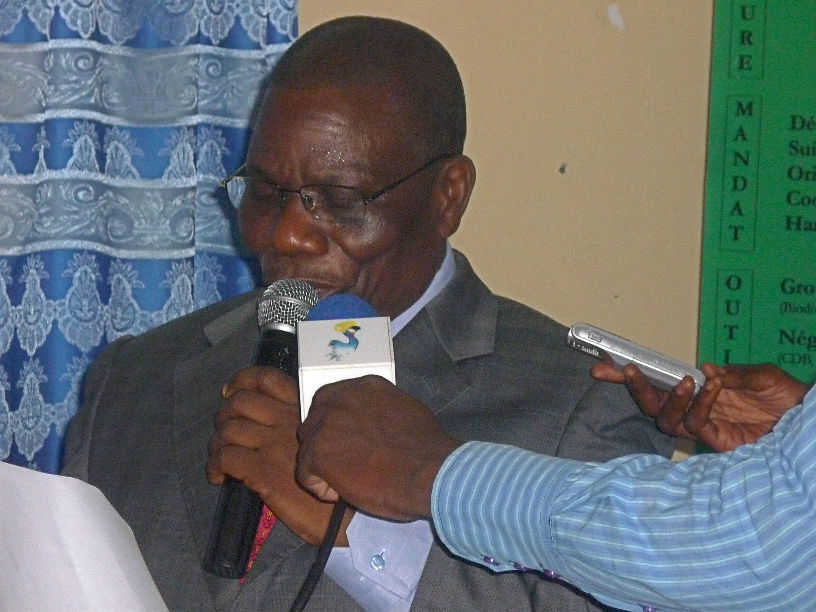 It was attended by the COMIFAC Executive Secretary and his deputy, COMIFAC National Coordinators and their deputies from COMIFAC countries except Rwanda, representatives of technical and financial partners, delegates of civil society organizations and the press. 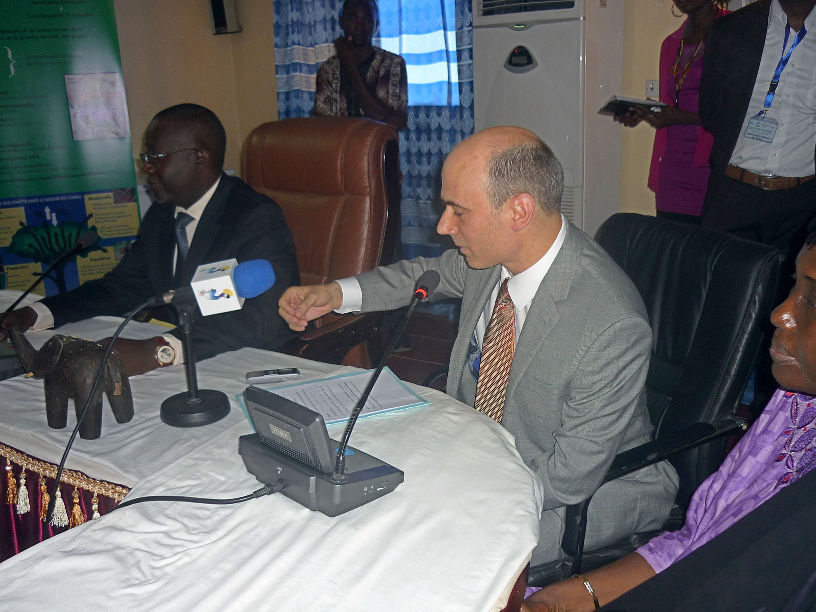 Taking the floor, the COMIFAC Executive Secretary provided a background on the ceremony. He began by enlightening participants on the reasons why the award trophy ceremony was being held on the sidelines of the COMIFAC National Coordinators’ capacity building workshop. To understand it, it was necessary to recall the symbolic ceremony held to award the CBFP Facilitation "Trophy" to Canada's Excellent Mr Bavon N'SA MPUTU ELIMA, the Minister of the Environment, Nature Conservation and Tourism, whose country was the then chair of COMIFAC. It was held alongside the 4th plenary meeting of CBFP partners in N'Djamena, from 19 to 20 September 2012 in Chad. At the time, CBFP did not yet have a Facilitator available to take over the Facilitation. 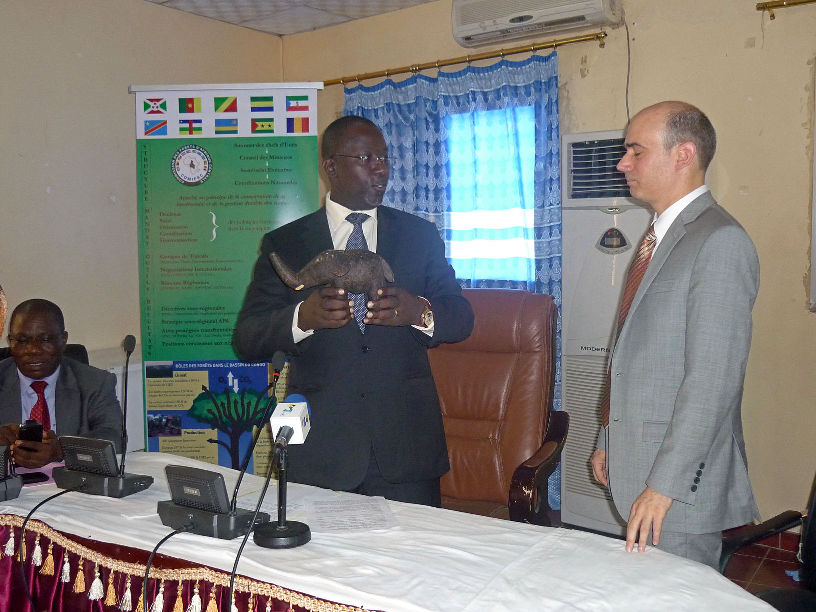 The Executive Secretary of COMIFAC went on to express appreciation for the United States’ commitment to the CBFP Facilitation and seized the opportunity to thank the American people for agreeing to take the helm of the CBFP for the next two years. 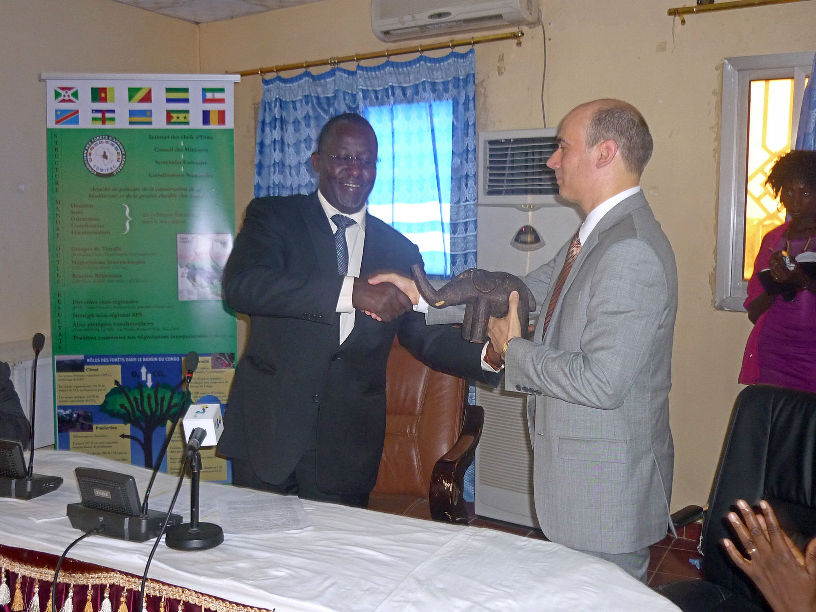 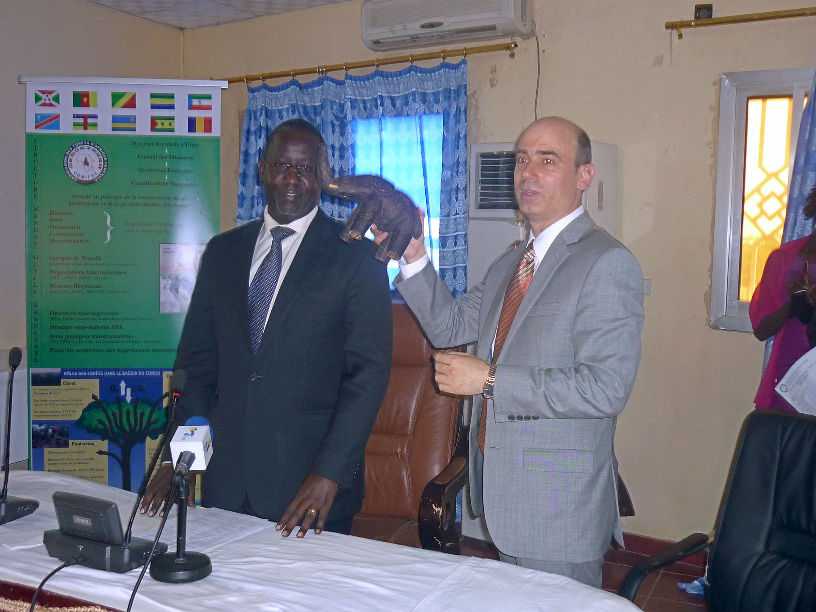