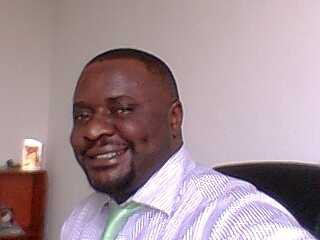 The new CBFP EU-COMIFAC Co- Facilitator, who is in his 40s, has over thirteen years' experience and achievements in the field of the environment (management and coordination of programs) and regional technical cooperation through various international, regional and national institutions.

Maxime Nzita served with the Ministry of the Environment (DIAF) in the DR Congo‎, the AWF CARPE USAID program as National Deputy Director, and then with the Cross-border Collaboration of the Great Virunga DRC-Uganda -Rwanda (GVTC), as Deputy Executive Secretary in charge of the program and partnership. He left the cross-border collaboration in 2013 having attained the position of Executive Secretary to join WWF's Africa Program in Yaoundé as Regional Coordinator for Central Africa for the extractive industries and the green economy.

From October 2015 to February 2016, Maxime Nzita steered consultations for WWF in DR Congo and for USAID Washington within the framework of the ProLand project. He received training as an Agro economic engineer from the University of Kinshasa (Unikin), and completed a series of  post-graduate training courses in natural resource management both at the University of Montana in the US and at SIWI-Stockholm International Water Institute in Sweden.

Maxime Nzita was also one of the main facilitators of the stream session of the CBFP's previous meeting in Yaounde with American Facilitation.

Maxime Nzita is, since February 2016,  the new EU-COMIFAC Co- Facilitator of the CBFP. He is Member of the think tank Robert Strauss Center for international security and peace/ a Austin Texas.