The College of Donors within the CBFP close ranks to give fresh impetus to the Partnership! 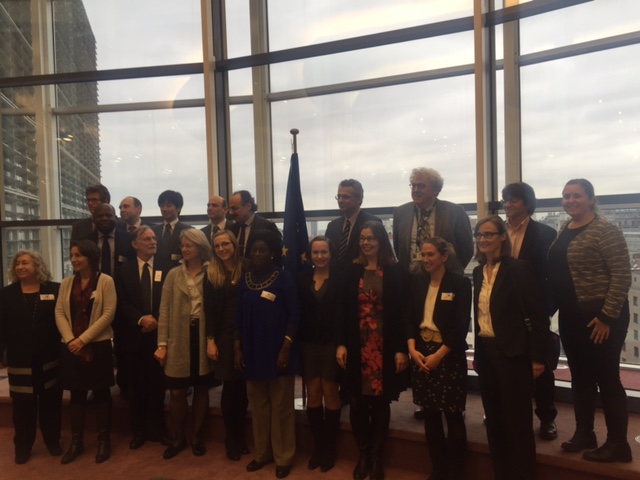 The European Union met in Brussels on 27 January 2016 with financial partners within the Congo Basin Forest Partnership (CBFP). The aim was to review all the relevant elements before the expanded meetings with other colleges and partners which will take place in the course of the year 2016.

The following member countries and multilateral banks of the CBFP were present: Germany, the United States, France, Japan, Norway, the United Kingdom and the European Union. Other participants in the deliberations included the African Development Bank and the World Bank.

Following intense debates, the participants adopted a governance model (structure) for the CBFP which would reflect internal changes and the context facing the partnership. The proposal which will be submitted to the other CBFP stakeholder groups seeks to:

The members of the CBFP Facilitation Team remain available to provide any further information needed.