This was during the signing ceremony of the memorandum of understanding relating to its creation and to the joint management of this complex of protected and cross-border areas in the presence of delegations from Chad and Cameroon, COMIFAC, RAPAC and CBFP members and Facilitation. This new step forward brings the surface area of protected areas in Central Africa to 45 million ha. 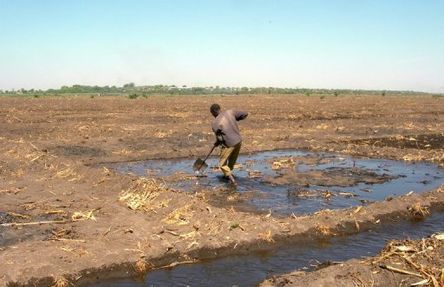 Yaoundé (Cameroon), 02 August 2011 – Signing ceremony of the memorandum of understanding relating to the creation and the joint management of the cross-border complex of protected areas of Sena Oura (Chad) and Bouba N’Djida (Cameroon).  It was chaired by H.E. Elvis Ngolle Ngolle, Minister for Forests and Wildlife, head of the Cameroonian delegation and H.E. Hassan Terap, Minister for the Environment and Water Resources, head of the Chadian eight-man delegation. The ceremony was also attended by Mr Raymond Mbitikon, COMIFAC Executive Secretary, RAPAC representative, CBFP Facilitation, CEFDHAC and representatives of national and international organisations and institutions, and representatives of public and private media.

Four key elements marked the ceremony, namely: (1) the signing of the cooperation agreement; (2) the address of COMIFAC Executive Secretary; (3) the address of the Chadian Minister; (4) the address of the Cameroonian Minister; (5) the reception offered to participants by Cameroon. In this line and following the signing of the agreement by the two heads of delegation, COMIFAC ES, Mr Raymond MBITIKON, in his address welcomed participants before thanking Cameroonian authorities for hosting this event. He went further to highlight the great progress this event represents as a tangible manifestation of the Yaoundé Declaration implemented by COMIFAC via its convergence plan adopted in 2005 in Brazzaville under its strategic point 4 relating to the conservation of biological diversity. He recalled other bi-national complexes (Mayumba/Conkouati between Gabon and Congo, Lake Tele/Lake Tumba between Congo and the DRC) and tri-national (TNS between Cameroon, CAR and Congo and TRIDOM between Gabon, Congo and Cameroon).  In the light of other cross-border complexes, COMIFAC ES recalled the added value for both signatory countries of the agreement: “cross-border complexes are sub-regional integration “laboratories” which guarantee the free movement of goods and individuals.” Finally, and as an example, he informed participants of the inauguration in the Sangha (TNS- Cameroon, Congo and CAR) tri-national, of a joint anti-poaching brigade as a major step in the materialisation of cross-border agreements. 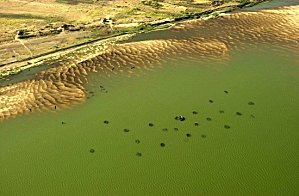 p, the Minister for the Environment and Water Resources first thanked the Cameroonian Government, COMIFAC ES and RAPAC for the efforts made towards the success of the ceremony. In order to highlight the importance of this agreement and its benefits for Chad, the Minister revealed the negative effects of demographic explosion in the protected areas of the complex with its consequences such as poaching, deforestation and climate change.  Pleased with the scope of this agreement, H.E. Hassan Terap believes it is a step towards the harmonisation of policies and strategies, in order to take up the challenges relating to the management of natural resources for the two countries and towards a joint and sustainable management of parks, the conservation of resources and especially the fight against high scale poaching in the Complex.  He named some key areas of intervention in Chad, such as the great green wall, the green belt, and the sustainable management of Zakouma park and the recent creation of the Sena Oura National Park, concerned by the current cooperation agreement. The Chadian minister also used the opportunity to plead for a framework agreement with his country for the reforestation programme along the Logone and around Lake Chad, the facilitation of timber legal trade and the training of senior staffs in specialized training schools in Cameroon.

In his speech for the occasion, the Cameroonian minister for Forests and Wildlife welcomed the Chadian delegation and wished them an enjoyable stay in Cameroon and warmly thanked all the organizations which helped reach this agreement: "the effective presence of the Minister for the Environment and Water Resources at this ceremony is a major evidence of the interest of his country in biodiversity conservation” he gladly noted.  Going back to the roots of these agreements, he reminded they stem from negotiation meetings between both parties on 11 and 12 December 2007 in Garoua and on 24 and 25 June 2008 in N’Djamena. These meetings were facilitated by RAPAC, with the financial support of both governments and technical and financial partners, especially the German cooperation (GIZ). He noted that this agreement enables the implementation of point 4 of COMIFAC convergence plan, bringing the size of protected areas ha in the Congo Basin to 45 millions. In Cameroon, the size of protected areas is therefore brought to 9 million ha, i.e. 19,20% of Cameroon overall surface area. Furthermore, he pointed out that his country is actively involved in the setting up of cross-border complexes, apart from the Sena Oura and Bouba N’Djida complex, he named TNS, the Dja-Odzala-Minkébé (TRIDOM- Cameroon, Congo and Gabon), the bi-national complex currently being negotiated with Equatorial Guinea and the one between Cameroon and Nigeria being finalized for the joint management of about ten parks. His Excellence Ngolle Ngolle enlightened participants on the raison-d’être of protected areas for Congo Basin countries.  These are areas which offer diverse services and goods with stakes at two levels: (1) Environmental level: Climate change control by increasing resilience and maximizing the carbon and greenhouse gas sequestration in an area exposed to desertification (2) Cultural and economic level: Preservation of natural resources and cultural values while maintaining tourist attractions. He also stressed the need to put in place activities which enable adaptation to climate change around protected areas. Therefore, H.E. Elvis Ngolle Ngolle considerers this agreement as a springboard for desertification control, poverty eradication and climate change control, as well as anti-poaching measures which remain crucial in the complex.

All the three speakers insisted and launched a vibrant call for fund raising to technical and financial partners in order to support initiatives in the complex and thus guarantee its sustainable management and conservation, as well as community development.